Home/Coronavirus and Impact on Economy/What Will The World Be Like After Coronavirus? 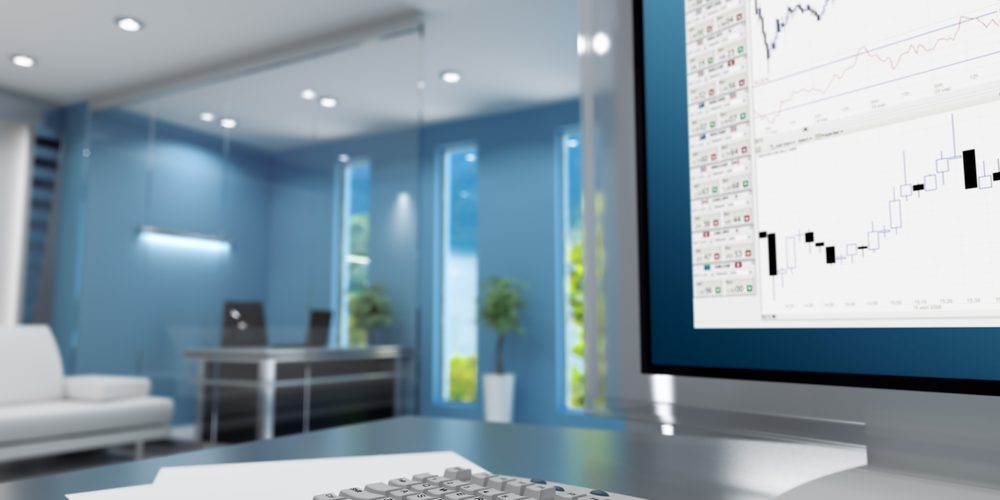 The absolute sole priority for countries right now is to confront the immediate challenges of the coronavirus pandemic. Ensuring access to healthcare for those who need it most, maintaining the supply chains of essential supplies and managing the economic disaster that risks seeing businesses and individuals devastated through circumstances completely out of their control.

However, if we look back at periods of national crisis, they have often been the building blocks for radical ideas that, once the crisis is over, can prove to be a better way of doing things than before. Take the welfare state in Britain as an example, it was developed  after WW2 to provide support to the unemployed, the sick, the retired and the widowed. Or what we know as our ‘weekend’ – it became a feature for some companies in the 1800’s with the industrial revolution but it wasn’t until the fallout of the great depression in the 1930’s that it became the formality it is today. Could the coronavirus pandemic provoke similar major shifts to how the world runs both economically and socially?

If you’ve started to question quite how important your job is to society, then you’re certainly not alone. Virtually all countries around the world are lacking in sufficient key workers to provide a comprehensive response to COVID-19. Calls for retired health care professionals and fast tracking students to enter the fold are common as the ongoing supply of key workers simply isn’t available.

The nature of exchange value economics and a free capitalist society has resulted in supply and demand determining the value of jobs. Many of the best paid jobs only exist to facilitate exchanges and make money. Use the finance industry as one example. It is one of the highest paid industries in the US from a financial perspective as they create the most financial wealth. Not necessarily creating wealth in other areas of course. The same can be said for the collosal advertising industry too.

As the employee review platform Glassdoor puts it, “Finance is one of the highest-paying sectors in the US economy, and the industry draws many job seekers for precisely that reason.” These services dominate the US and other major developed economies around the world causing a heavy supply of labour talent in these areas. On an absolutely fundamental level though, when you take life back to basics, some functions of these industries serve no wider purpose to society. Whilst we have a labor force dominant in these services, we have a crisis in health and social care staffing. Government’s everywhere will surely be looking at increased remuneration and how best to encourage labor entrants into public service roles. Not just because society is waking up to the incredible work these people are doing but also to make sure that we, as a nation, are better prepared should we encounter a health crisis on this level again.

It is the biggest ever ‘remote working’ experiment we are ever likely to have in the US. All non-essential work that can be done at home is being encouraged to do so. For many firms, particularly large corporations, this is the first time they’ve had to adapt to any sort of remote working, let alone on the scale it is to be adopted now. Zoom, founded in 2011, has enabled video conferencing for almost a decade, yet the first video call actually appeared in 1964. Mobile phones were invented in the 1970’s and laptops in the 1980’s. Despite this there’s been a huge resistance from large corporates to make the shift. Perhaps the demand from staff simply hasn’t existed or rather there’s a fear and acceptance from employees not to upset the status quo with their employer.

Once we have overcome the coronavirus and people are allowed to return to work, many will be able to point out their achievements while working both remotely and flexibly throughout the whole day. If work output and quality is the same, if not better, there is a strong argument they should be allowed to continue. This could have huge implications for office life and particularly gender equality when parents have childcare responsibilities. More often than not it is women who are penalised most by the demands to be in the office at certain times, whilst new found fathers are likely to be relishing the opportunity to spend more time with their newborn at the moment.

Small businesses have led the way for remote working but many major corporates are understanding the potential too. That’s not just in staff retention, happiness and productivity either – 54 million tons of greenhouse gas emissions could be saved each year if those with remote compatible jobs worked at home half the time. A move to a greater amount of remote working could reduce demand for commercial city real estate too.

Pre-coronavirus, refusing a handshake would have been the ultimate social snub, but now it’s becoming more and more acceptable. Angela Merkel was recently seen pulling out of a handshake with a diplomat, whilst Canadian public health officials have recommended the ‘elbow bump’. The rate of change in human behaviors like these is accelerating, according to Sheryl Hamilton at Carleton University. In her joint research with anthropologist Neil Gerlach, Hamilton explains that we’re now living in an era of heightened disease awareness she’s named the ‘pandemic culture,’ and it’s changing the way we conduct ourselves in public and interact with each other. “We’re more attentive of surfaces and that every surface we touch in our daily lives is covered in microbes,” she says.

When it comes to food consumption, there was a trend happening in America. More and more of our food budget was starting to be spent on dining out rather than in our home. In 1955, 25 cents of every $1 spent on food went to restaurants. 2019 statistics show us it is now more than half – around 53 cents of every $1 spent. However, with restaurants mostly closed and isolation increasing, many people are taking the time to fall back in love with home-cooked meals. For those not cooking it’s a case of home delivery. Whatever the option, eat-in restaurants will be impacted. Some could permanently close as people visit less and we choose to be less communal for a while.

In China, payment apps like Alipay and WeChat have installed software to track users’ movements. China’s state-run telecom then color-coded peoples phones in red, green and yellow to indicate their risk of infection – with this then checked by guards on the transport network. Those who broke quarantine rules were reported to the police. Chinese social media platforms have been heavily censored to stop conspiracy theories and rumors too. YouTube, owned by Google, has even started to remove videos promoting conspiracy theories linking coronavirus with new 5G technology.

In Austria, Israel and Italy, the Government is working with telecommunications providers to use anonymized location data to track people who could be at risk of infection and to make sure the public are not breaking stay-at-home orders. Meanwhile Russia is using its network of 170,000-camera facial recognition systems to catch people who are violating quarantine rules and Hong Kong has developed electronic tracking bracelets for those who test positive for COVID-19. Perhaps even more extreme, the Hungarian Parliament has passed a bill giving Prime Minister Viktor Orbán the right to rule by decree indefinitely. Ensuring bills can be passed quickly and Hungary can remain agile in its coronavirus response but opening up huge possibilities for covert and dangerous bills to be implemented without parliamentary approval. One thing is for sure, for any dictator, the coronavirus pandemic provides the perfect platform to implement new laws – the key will be how many of these are temporary and can be reversed once the crisis is over.

Even on a less sinister scale, Government interference into free markets has been essential. The British Government has suspended its rail franchise system which in effect has nationalised the railways for the next 6 months whilst the Spanish government has nationalized all of its private hospitals and healthcare providers in the country. State capitalism, in which a centralised government actively fosters, subsidizes and provides stimulus to private sectors, is the common response we’re seeing from developed economies around the world to the coronavirus pandemic. The emergency support packages put together by both the UK (in which the Government will pay up to 80% of workers’ wages and the US ($2 trillion stimulus package including the Paycheck Protection Program to guarantee payment of employee salaries for the next 2 months) is unprecedented and a clear indication government intervention in a state capitalist model is required. However, depending on the length of the crisis and how much longer the Government needs to continue its support, this could be considered more socialism than capitalism. This could create a shift from the idea that people have to work in order to earn their income, and a move towards the idea that people deserve to be able to live even if they cannot work.

For many, confidence and trust will dwindle when it comes to returning to their everyday lives. It could be from an increased awareness of diseases or a lack of belief in the Government response and ability to keep livelihoods and businesses afloat. Sure, in time, things will eventually return to ‘normal’ but people also have to ask what is normal for them? Do we even want every aspect of our life to return to how it was before the coronavirus pandemic? For everyone involved it has opened our eyes and provided a time for reflection. At times like these we understand clearly what it is we value in life – what a shame it would be to forget these once we get caught up in everyday life again.